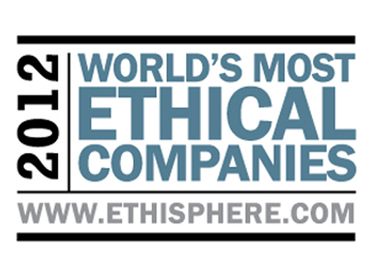 The Ethisphere Institute recently named PepsiCo to its 2012 World’s Most Ethical (WME) Companies list. The designation recognizes companies that go beyond making statements about doing business ethically and translate those words into action. Since the list's inception in 2007, PepsiCo is the only company in the food and beverage sector -- and one of 23 companies overall -- that has made the list all six years.

The WME designation is awarded to companies that have leading ethics and compliance programs, particularly compared to their industry peers. This year, 145 companies were recognized, including just four in the food and beverage sector.

Visit the Ethisphere Institute website to see the full list of this year’s WME companies, as well as the selection methodology.